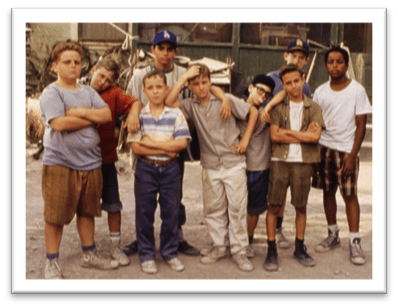 In times of divisiveness and conflict, traits like compassion and empathy often go missing.  Instead we react in ways that can cause pain, emotionally or physically, because those types of reactions seem the easiest to summon. Now, as much as ever, we need to ensure our kids are guided by positive traits in every situation they find themselves in.

Take the playground experience as an example where kids are likely to put these traits we’ve attempted to instill into them to practice.  Let’s not fool ourselves – it might as well be the wild west out there, where the rules are unwritten and alliances can be forged or destroyed in a heartbeat (ok, playground rules exist but most of the time serve as loosely-followed guidelines).  Stop and think about how many nooks and crannies a playground contains.  I am positive that situations occur on the playground that have yet to be observed and recorded….

Anyway, in this type of environment, it is vital that our children possess the confidence and self-worth to do the right thing and also not be a jerk.

To have empathy and compassion for others, to stand up for justice and against tyranny (apologies for the over-the-top language: I just finished watching Captain America: Civil War).

We need our children to understand that non-obvious, go-against-the-herd choices are available to them when dealing with playground problems.  We want them to be Benny from “The Sandlot” – to stand up to bullies, befriend the little guy (and eventually make it to the Big Leagues).  We want them to be Darth Vader on the Death Star in Return of the Jedi – you know, that scene when he makes the choice to not watch his son be murdered.  But when is the most productive time to express and convey the importance of these traits to our kids?  At the dinner table? On the way to school?  Sure, but how do we know it sinks in?  Are we positive that they’ve understood our message at a deep enough level that they can recall these feelings when applicable?  It seems the best way to make certain these values are ingrained and utilized by our children are to reinforce them in the moment.

While opportunities to observe and react to our children interacting with other children are crucial, they’re also quite rare. Even the involved father spends the vast majority of his time away from his kids.  Here’s the breakdown:

There are 168 hours in the week.  As an example, my 4 year old spends a quarter of his time each week at daycare.  This means that for a fourth of the week, I have little to no idea how he is interacting with kids.  Don’t get me wrong, I try to be diligent in getting as much information from his teachers during drop-off as I can, although most of the time they are dealing with at least one sobbing child while simultaneously attempting to keep the other kids corralled in a centralized location.

Further, we all know full well that interrogating a four year old to ascertain the details of whom he plays with, avoids, eats with, games he plays on the playground, etc. can often have a negative ROI. Obviously, teachers don’t parent our kids. At this age, teachers’ main responsibility is making sure Legos aren’t ingested and Royal Rumbles don’t breakout in the bathroom. This is not a knock on our kids’ teachers, quite the opposite. Without these exceedingly patient and caring individuals, our kids would literally turn into monsters. But the lack of the ability for us to parent our kids during crucial interactions with peers makes our job as parents that much more important.

As the chart above suggests, we have maybe 1.5 hours during the week when we are in the presence of our children interacting with other children outside our family. Even within that 1.5 hour window, you may only get one or two teachable moments on a playground or at a birthday party where you witness your child make a decision in the moment – decide: do I laugh at another child just because everyone else is doing it? Do I mindlessly follow along and do what another kid tells me to?

At the end of the day, there exists an incredibly small window in which we as dads can imbue our kids with the characteristics we deem as critical for becoming wonderful human beings.  Don’t miss your window. Treasure these opportunities to help build a compassionate playground. 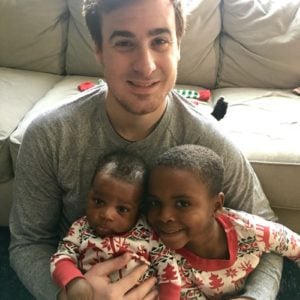